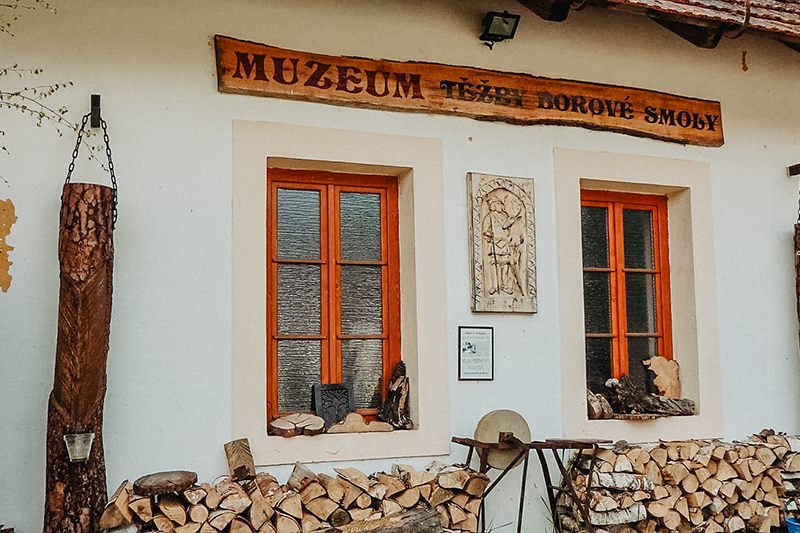 The Museum of Pine Pitch Collecting

After the Thirty Years’ War, when the Lomany manor, which was owned by the Cistercian monastery of Plasy, was burnt down, only the sheepfold building remained, to which over the years a gamekeeper’s lodge was built at a place called Lipovka. The forests around Plasy were used for pitch collecting also during the Second World War. The pitch was exported to the German Reich for military purposes, but the inhabitants of the Pilsen region sabotaged the collection of pine pitch during this period. With the end of the war, the extraction of pine pitch was also stopped, and it was not resumed until 1976. The pitch was exported again, this time to the Rast Germany and Poland. It was mainly used in the chemical industry, cosmetics, etc.

How the pitch was collected

With the collection of pitch, also the negatives came: the number of suitable trees was gradually declining and new tree growth was not able to keep up. The cones and seeds from the harvested trees were smaller and the seedlings grown from these seeds were weaker. Fortunately, this was not true for all trees; some species tolerated pitch collecting better, e.g. the Austrian (black) pine. The wood was not immediately damaged by the gentle lysine methods, and the durability and impregnation capacity of the wood was not reduced. In places of collection, the wood was heavily sanded in the surface layer, which may have limited its usability. The places where the pitch was collected were more susceptible to snow and wind fractures.

The resistance of woods to bark beetles was also reduced. The pitch collecting also increased the risk of fire and disturbed the aesthetic character of the forest. The extent of Pitch collecting by pitching on live trees was limited by the extent of suitable woods. Therefore, new forms of pitch collecting were sought that would also reduce the demands on labour and the handling of the extracted material.

A road to opening a museum

In 2003, Jana Čiháková, the granddaughter of the princely gamekeeper, bought the dilapidated building from the of the Czech Republic Forestry Administration. She renovated the building and, in 2006, the museum was officially opened on the occasion of the St. Wenceslas Pilgrimage. In the same year, over 300 visitors visited the museum within one month after the opening ceremony. The museum also houses rare hunting trophies and forestry equipment, photographic material and other interesting exhibits from the region, which are renewed every year.

The museum is located in the village of Lomany, 4 kilometres from the town of Plasy. The museum can be reached by the Ludvík Očenášek educational trail, following the tourist green-colour marked path Plasy–Dolní Bělá. Near the museum, there is a former Cistercian farmstead with a dairy. 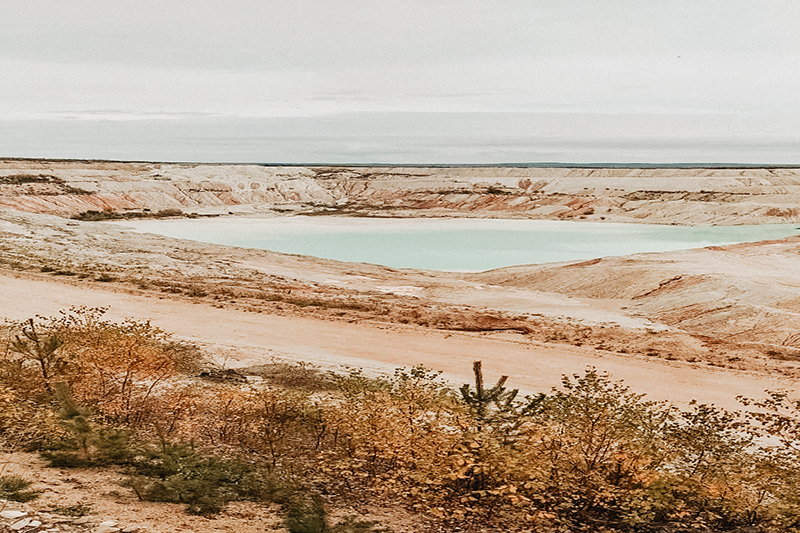 Near Kaznějov, there is the largest and still operating kaolin quarry in Central Europe. Unfortunately, the mine is not open to the public, but the view of the mining pit from the road between Kaznějov and Mrtník is impressive. 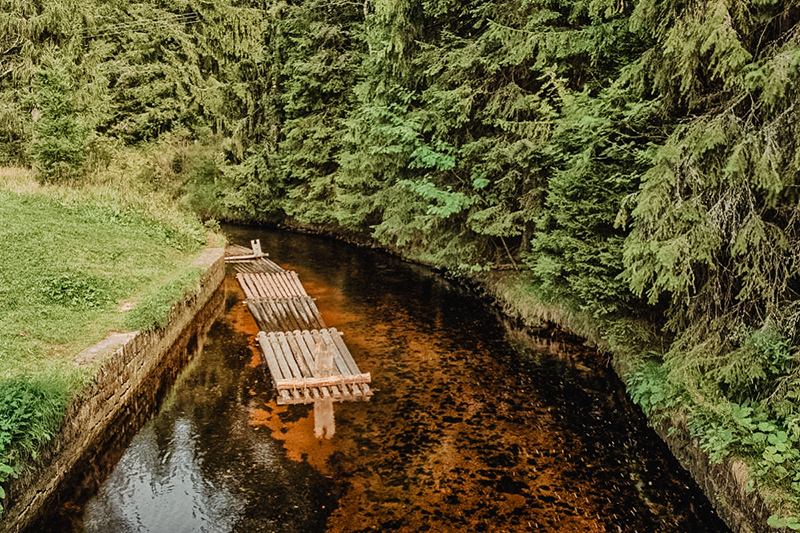 Originally, the connection of the Vydra and the Křemelná, which bypasses the unnavigable part of the Vydra, was used to transport rough timber to the Čeňkova Pila sawmill and to other sawmills on the Otava River. Today, an educational trail has been built along the entire canal. 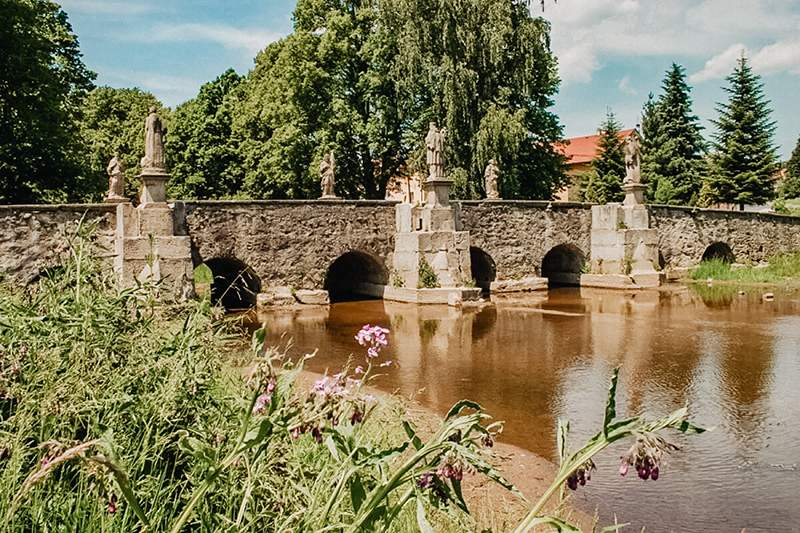 The most important monument of the small town of Bělá nad Radbuzou in the Upper Palatinate Forest is the former road bridge over the Radbuza River. Because of its importance and unusual appearance, this bridge is popular with many tourists and has even become part of the the town’s coat of arms.