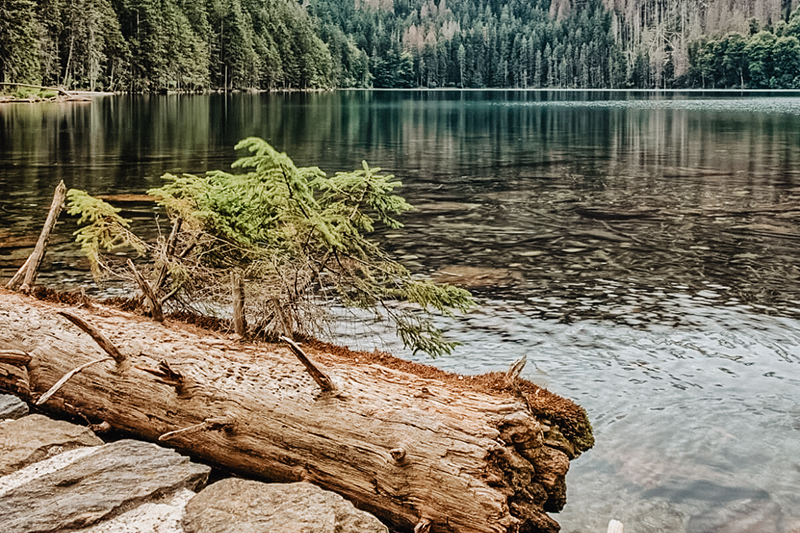 All the lakes are located at an altitude of around 1 000 metres above sea level and their captivating atmosphere, which is somewhat unusual in our region, attracts the attention of most visitors to the mountains.

Bike in summer, skis in winter

You can start your trip to the two largest lakes in Železná Ruda, which is a great starting point with good transport links (road and train connections to major cities) and accommodation options of various categories. The green-marked tourist trail will lead you to the lower chairlift station in the Špičák sports complex. It is known for its excellent conditions for skiing, but in the summer also cyclists will find it very popular. There is a top bikepark with several kilometres of freeride tracks and one downhill track. There is also a jump section and a skill centre for beginners.

From Špičák, continue along the red-marked tourist trail to Špičák pass, from where you can cross the car park and follow the yellow-marked trail to Černé Lake. On the way, you will walk above a 19th century railway tunnel with an impressive length of more than 1.7 kilometres. A gentle climb through the woods leads to the paved dam of Černé Lake, which is the largest lake in Bohemian Forest with an area of 18.4 hectares. It also holds the record with its depth of almost 40 metres. The lake lies on the slope of Jezerní hora (Lake Mountain, 1,143 m), which surrounds it with an impressive karst wall over 300 m high. Our first pumped storage power station, now an admired technical monument, was built near the lake in 1929-1930.

To Čertovo Lake on the red-marked trail

Further on, now following the red-marked trail, the path climbs to the Rozvodí (Watershed) spot. As the name suggests, this is the main European watershed, bordering the Elbe and thus the North Sea basin. Čertovo Lake on the other side of the Lake Mountain already belongs to the Danube, and therefore the Black Sea basin. According to the size of the water surface (10.3 hectares), it ranks second among the Bohemian Forest lakes. It is surrounded by many legends, which are mainly connected with the origin of its name. Continue along the red-marked trail and then the blue-marked trail wil llead you past the monument to the painter Adolf Kašpar, from where you descend back to Železná Ruda. 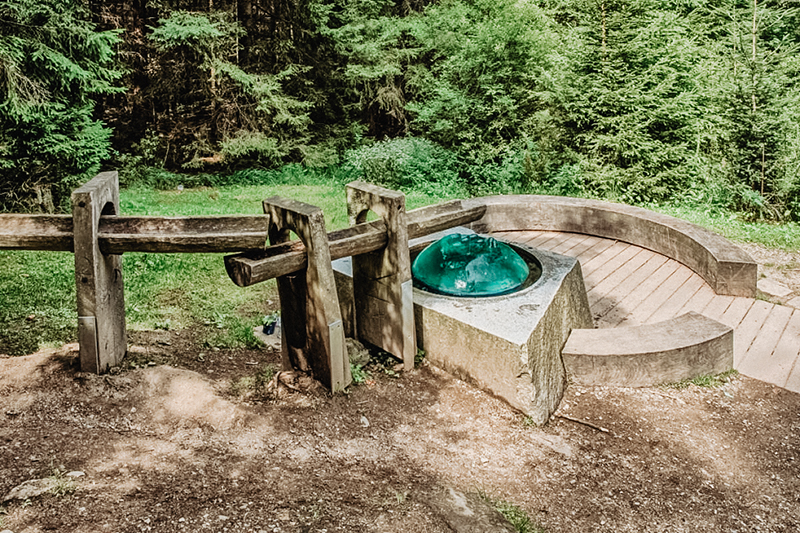 The Hauswald Chapel, or rather the remains of the three original chapels, was a famous pilgrimage site in the past and is shrouded in many legends. The magical power of the place attracted so many pilgrims that the chapels were nicknamed “the Little Lourdes of Bohemian Forest”. 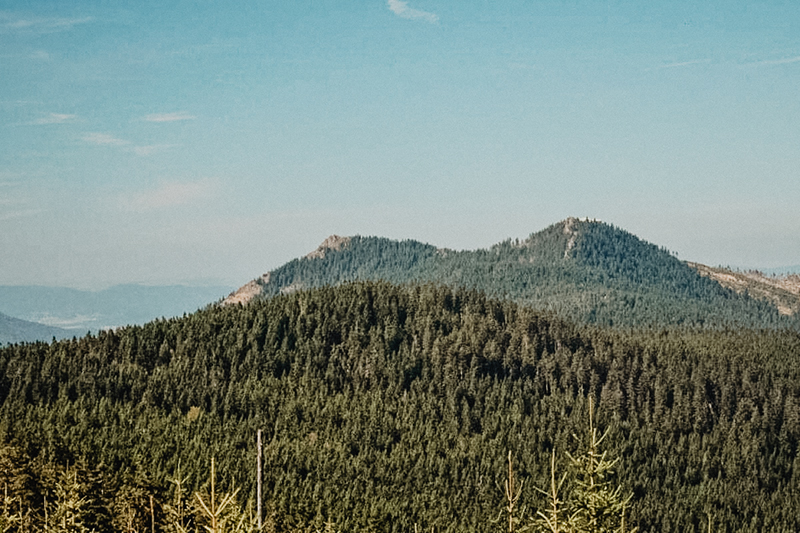 Velký and Malý Ostrý, the striking double peak of Ostrý, reaches 1293 metres and lies just over the border with Germany. It has also been called the “Our Lady’s Bosom” for its distinctive skyline. 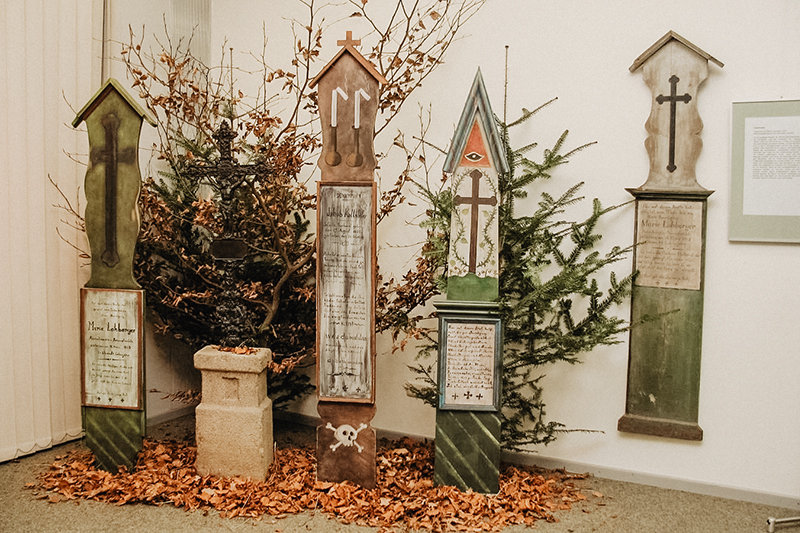 The Museum of Bohemian Forest in Kašperské Hory

In case of bad weather, we recommend a visit to the branch of the Museum of Bohemian Forest in Kašperské Hory, where you can learn a lot about the history of mining in Bohemian Forest, or you can see the local exposition of glassmaking.