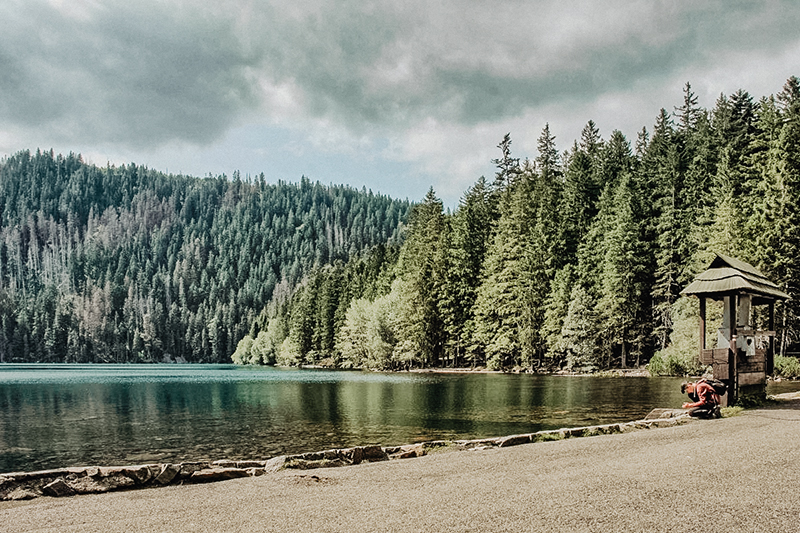 At the end of the Tertiary period, as the climate cooled, glaciers formed on the slopes from snow avalanches. Around 12,000 years ago, the glaciers gradually thawed. The melting glaciers pushed a mass of rock and gravel ahead of them, which formed massive moraine dykes under the slopes to hold back the meltwater. Today it is fed by underground springs and external tributaries. The lake lies in the shadow of Jezerní hora (Lake Mountain, 1 343 m), whose height underlines the dominance of Černé Lake.

How does one get to Černé Lake?

The easiest way for pedestrians, cyclists and wheelchair users leads on Špičák pass (parking lot) via the yellow-marked tarmac trail directly to the lake (3.5 km). If you are travelling by train, get off at Špičák station, from where it is about 1.5 km uphill to Špičák pass. 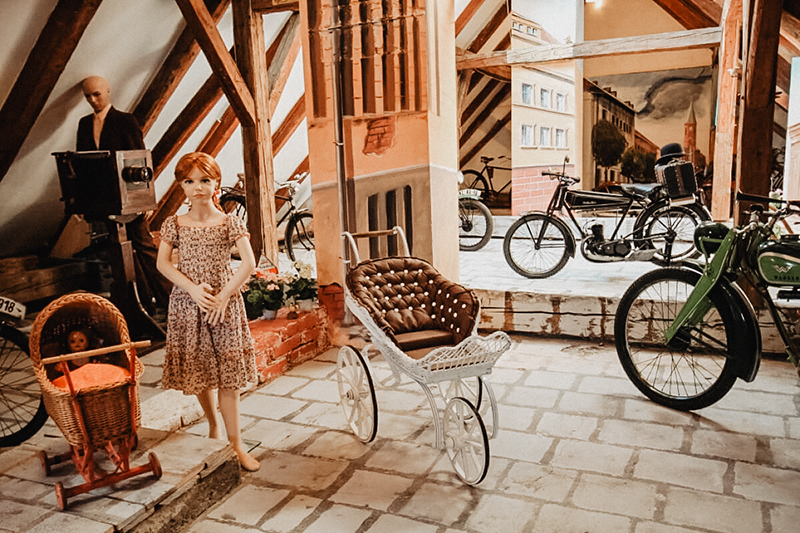 The Museum of Motorcycles and Toys in Kašperské Hory

Take a trip back in time with us to history or your own childhood. One of the largest domestic collections of vintage motorcycles and toys will allow you to do so, at least in part. 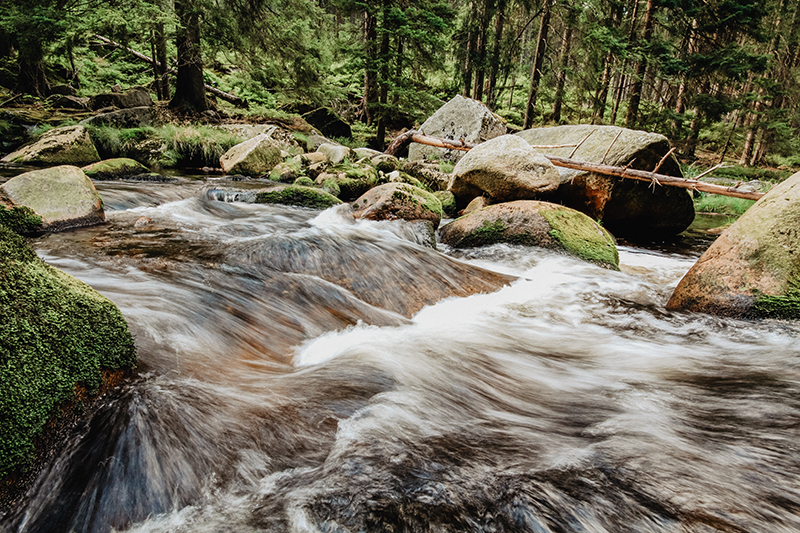 Trip along the Vydra River

Several trails have already been built in Bohemian Forest National Park to encourage wheelchair users to visit the area. The favourable character of this one also makes it attractive for families with prams. 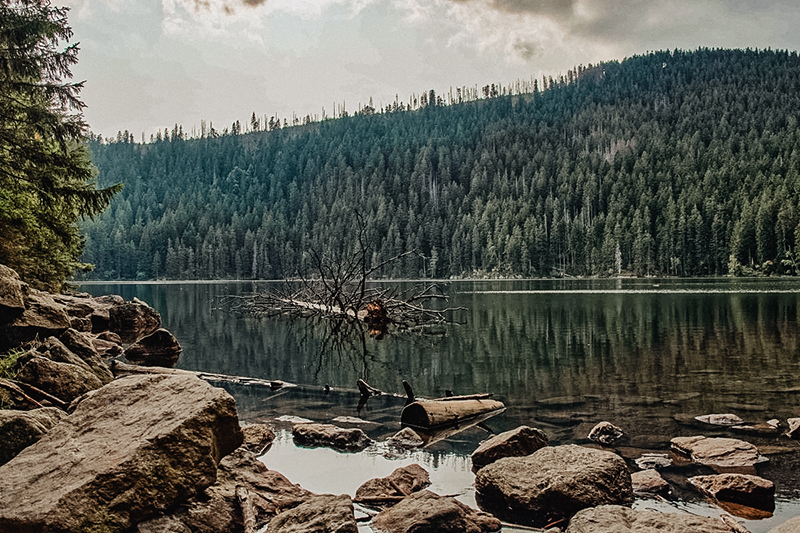 Čertovo, Černé and Laka Lakes, the most famous trio of lakes in the whole region of Bohemian Forest, together form the National Nature Reserve. And why Čertovo Lake? An old legend has it that the devil himself was behind the creation of this lake.